The 1st edition of IPPP runs until December 2019

A total of 53 companies and 57 producers from 22 countries have applied for the first edition of IPPP. The selection was not easy for the jury, and they finally decided to select five instead of four pools. The final figures for the five selected Pools are 18 producers (9 female and 9 male) from 14 countries – see Pools map (PDF).

The five international pools have meanwhile met several times and worked together intensively. The feedback shows that collaborative training is extremely effective. In the coming weeks, the pools will meet again to finalise their work by the end of the year. After submitting the final reports, the FOCAL team will analyse the results in spring 2020 and plan the next edition accordingly.

The Pools' members and the topics covered by the 5 Pools in 2019 are:

Pool 4
Maria Drandaki, Homemade Films, Greece
Ellen Havenith, PRPL, The Netherlands
Julie Paratian, Sister Productions, France.
"How to not give up on debut films - How to keep discovering and nurturing new talent and maintaining sustainable companies in the current competitive and demanding film market" 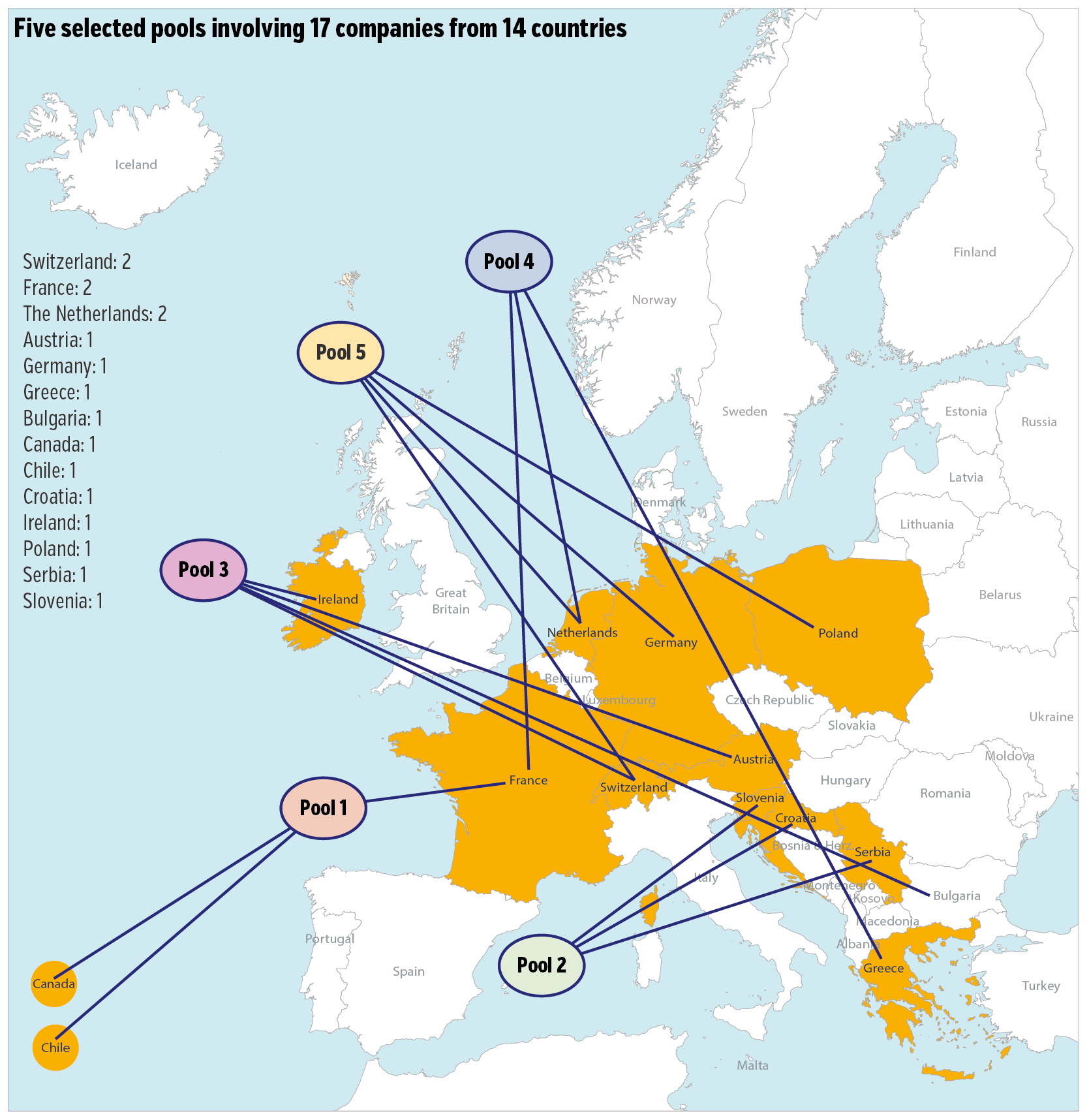