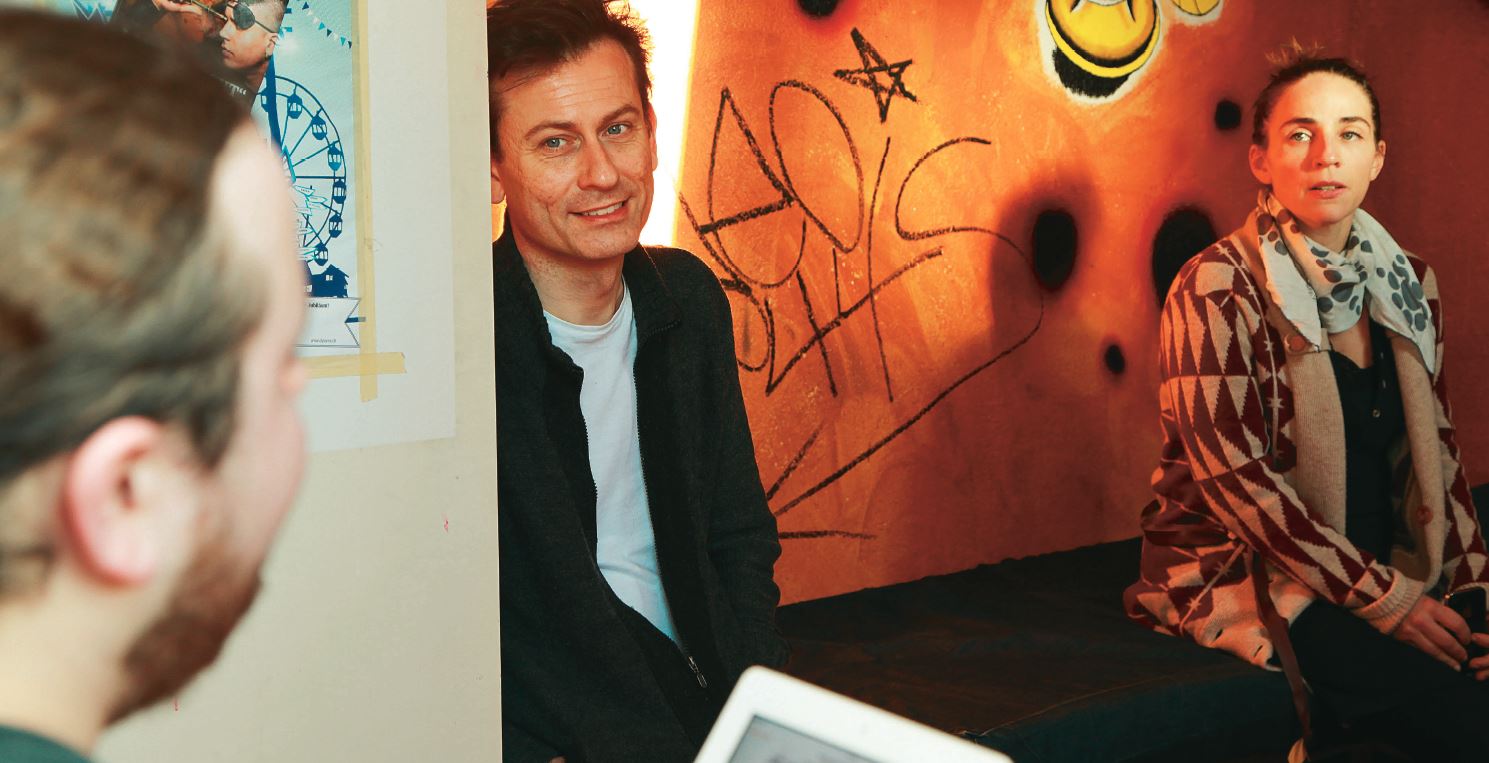 A unique platform for the Swiss film production

When Gabriela Kasperski – Head of the Acting Department at FOCAL – first invited myself and my colleague Lena Lessing from Berlin, to come and deliver some workshops, I had little idea about the enormous impact and contribution that the work in Switzerland would eventually have on the variety and design of my work around the world. I have an enormous debt of gratitude to both Gabriela and FOCAL for the opportunities, ideas and projects that were fermented in the unique crucible that is FOCAL.

Gabriela first invited us as she believed in the importance of the art of acting and felt that she wanted to support Swiss film makers – both actors and directors – in developing skills. To that end we brought with us to Switzerland two great strands of acting tradition.

Firstly the work of the Drama Centre London which fused European Classicism with the American innovations of Stanislavsky’s ‘Method’ and the unique work of one of my teachers – Yat Malmgren – A technique for actors to develop character born out of an extraordinary analysis of human expression conducted by the great dance practitioner Rudolph Laban using the theories of the renowned Swiss psychoanalysis – Carl Gustav Jung. It is used by all the graduates of the Drama Centre – Anthony Hopkins, Colin Firth, Paul Bettany, Tom Hardy, Michael Fassbender, Lambert Wilson and the graduates of affiliated acting institutions around the world like NIDA in Australia – extraordinary actors such as Cate Blanchett and Hugo Weaving.

Secondly, the development of the work of Lee Strasberg by the legendary Susan Batson – acting coach to Nicole Kidman and Juliette Binoche – with her theory of Public Persona, Need and Tragic Flaw – also, incidentally based on Carl Jung. Lena Lessing is an expert on the work having studied with Susan over many years.

Initially Gabriela, supported by the actor Michael Neuenschwander, whom I had previously worked with on Michael Steiner’s Grounding – The last days of Swissair, asked us to conduct workshops on our various areas of expertise. She then saw the advantage of having such expertise before shooting and on set. She created a FOCAL fund called ‘Acting Coaching on Demand’ where producers could apply for 3 or more days of free acting coaching. This, unique anywhere around the world, proved hugely successful and I and Lena have had the good fortune to work on a huge range of wonderful Swiss productions from Sennentuntschi (Michael Steiner) Dawn (Romed Wyder) Der Goalie bin ig (Sabine Boss), Ziellos (Niklaus Hilber), Der Kreis (Stefan Haupt), Achtung, fertig, WK! (Oliver Rihs) and many others.

Gabriela then had another extraordinary idea. She thought that a workshop designed for directors to acquire skills in directing actors while developing their new scripts would be beneficial. She created the ‘Masterclass Schauspielführung für RegisseurInnen’. Here six directors are taught acting theory and practice and get to learn various Methods from Lena and myself through working with a group of actors. Many wonderful scripts workshopped here went on to become very successful movies. Notably Sabine Bernardi’s Romeos which was shown at the Berlinale and won awards all over the world.

As if all of the above was not enough, after a discussion with the wonderful Swiss acting coach – Barbara Fischer, who had originally studied with me in London and went on to study acting and the work of Yat Malmgren in depth with my teachers Reuven Adiv and Christopher Fettes – Gabriela asked me to develop a system of teaching Yat’s work in a modern accessible way. At the same time Christopher Fettes, co founder with Yat of the Drama Centre London was writing a book about the work. Christopher came with me initially to give the workshops. This really made us understand the challenges in communicating such complex work and influenced the style and content of Christopher’s book enormously. The book is due to be printed in a couple of months and I have reproduced the workshops all over the world – none of this would have happened without Barbara, the visionary force of Gabriela and the forum that FOCAL provides.

There have been many additional benefits. Students from Switzerland have come to study with me in London – notably upcoming young actor Basil Eidenbenz, who is currently filming a German Movie in Berlin, networks and friendships have been formed and many opportunities to work internationally for all have opened up. The baton has been picked up by Anna Luif who brought seven directors to London for industry events – we met Rufus Norris, director of Broken and now head of the Royal National Theatre, and by Nicole Borgeat who has recently introduced the work to the Suisse romande.

FOCAL is a singularly unique organisation with its tireless support of the industry in Switzerland. I know that my colleagues in the UK wish we had something similar there – we can only look on with a sense of admiration and a tinge of envy.